Processing tomato growers in California might compare 2022 weather so far to a roller coaster, but with none of the accompanying amusement. Promising rainfall in late 2021 brought encouragement to the industry, only to evaporate quickly. As reported by California Secretary of Natural Resources Wade Crowfoot, the first three months of 2022 were the driest in the state’s history. As a result, officials from the State Water Project announced a 15% allocation in January based on supply and projections, only to cut that allocation to 5% by mid-March. And the Central Valley Project south of the Delta will again receive a zero allocation, impacting a vast proportion of acreage in Fresno County – California’s largest processing tomato growing county.

As depicted in Figures 1 and 2 below, drought engulfs the state, driving all reservoirs below historical levels. Shasta, currently at about 50% of 2021 levels, has tremendous impact on the state’s water supply, prompting Sacramento River Settlement Contractors (SRSCs) to reduce water supplied to growers by 75% or more. This is uncharted territory, never imposed since SRSC formation. Many northern acres and multiple crops will have to be fallowed, impacting agriculture, the environment for migratory birds, and people’s livelihoods. 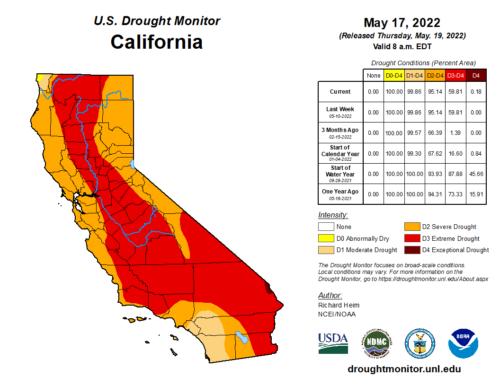 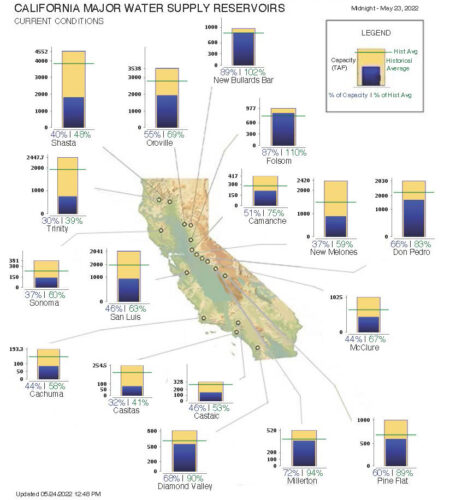 This surface water shortage coincides with early implementation of the Sustainable Groundwater Management Act, through which agencies have submitted and received feedback to plans from the Department of Water Resources. With these plans to protect groundwater levels, Governor Newsom signed N-7-22 to help mitigate the state’s protracted drought. Well permits have been halted under N-7-22, creating confusion as drilling regulations for each defined region were already addressed in the Sustainable Groundwater Management Plans. 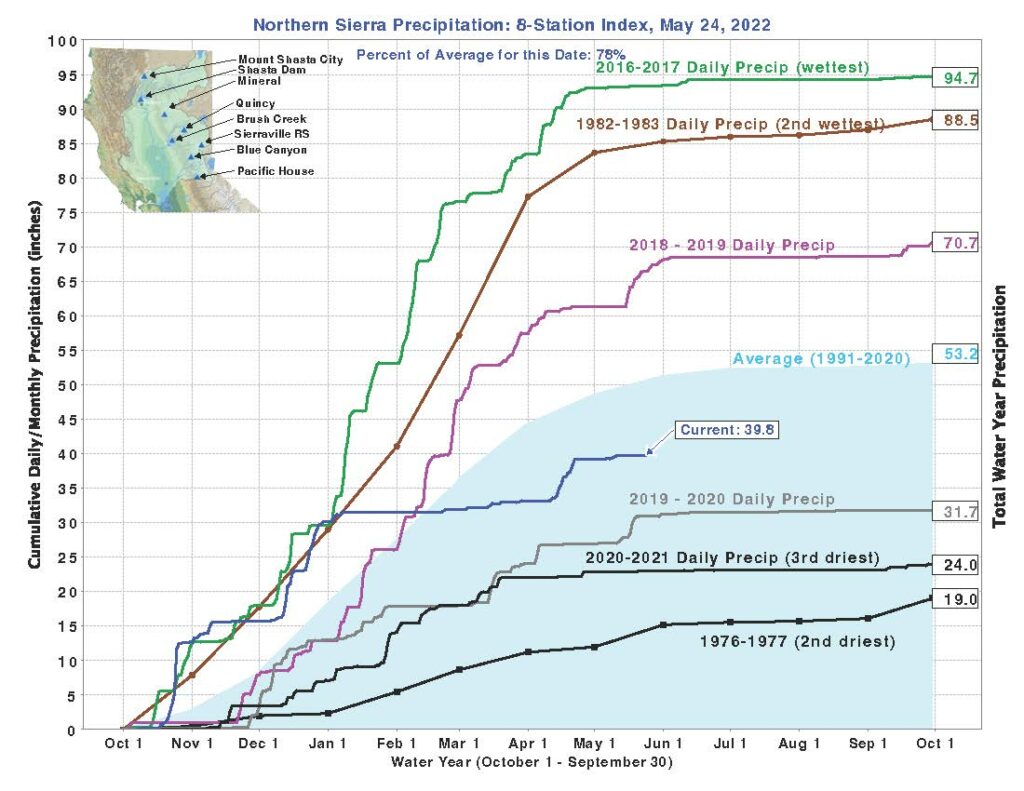 Combined with water shortages, farmers have been faced with fluctuating temperatures and gusty wind conditions that made transplanting young plants difficult. Some fields planted in mid-February were lost to frost in the southern part of the valley. Following record temperatures in the 90’s in March, isolated fields in both northern and southern growing areas were hit with frost, creating minor losses in early April.

Despite far-from-desirable weather conditions, the common theme is that the resiliency of California tomato growers will rise to the top. But complicating the matter are supply chain challenges and increasing costs. With other crops now becoming more attractive in the competition for water, the industry will have to wait until the end of May, when processor intentions are updated for the NASS reports, to see if processing tomatoes have made the cut.