GLOBAL CROP EXPECTED TO INCREASE IN 2020

In many countries, it is difficult to have a precise prediction of the 2020 crop; however, we can look at several indicators to determine increases or decreases in production. 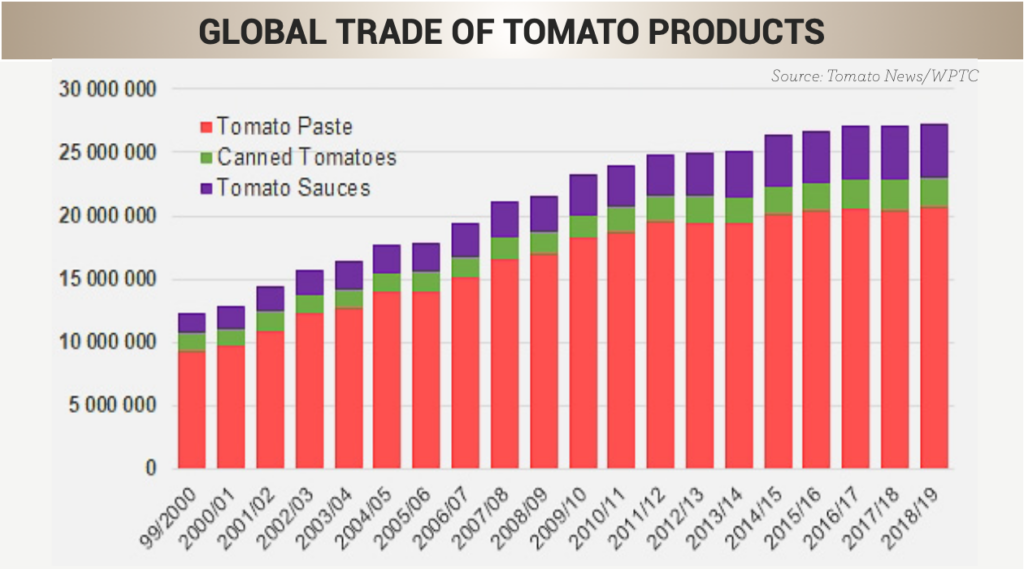 Portugal has just recently confirmed their contracts and is expected to produce 1.4 million mT.

Spain faces some concerns about water availability in Andalusia and subsequently reduced surface planting by 7% in the region; however, yields in 2019 were promising and, combined with a 4% increase in the Extremadura region, the country expects to produce 3.1 million mT.

Turkish farmers have indicated a desire to increase planting in 2020 but Turkey is facing high inventories from 2019 and will likely produce around 2.2 million mT.

China is facing an increase in the demand for production, with 100,000 acres being added to the current growing areas, which should increase the raw material volume by 0.7 million mT.

Southern Hemisphere countries continue to harvest into March, with Argentina, Australia, and Chile expecting to deliver a total of 1.5 million mT of product.